A webpage for a Rhino horn auction in South Africa looks like it has been hacked.

A breeder planned an auction of rhino horns in South Africa. This is what the Guardian tells us about the auction:

The sale of rhino horns by breeder John Hume, to be held in August, will be used to “further fund the breeding and protection of rhinos”, according to an auction website.

Hume has more than 1,500 rhinos on his ranch and spends over $170,000 a month on security for the animals, in addition to veterinary costs, salaries and other expenses, the auction website said.

“Each rhino’s horn is safely and regularly trimmed by a veterinarian and capture team to prevent poachers from harming them,” it said, adding that Hume has a stockpile of more than six tonnes of rhino horns.

As of right now it appears that rhinohornauction.com is hacked. The site now reads: “Oops, your website has been seized! Everything on your website and server have been erased! Your lack of common compassion for animals is outrageous and has been dealt with properly. We have downloaded all your credentials and removed your files. Next time, do not run a website that auctions off animals, or we will auction off your data.”

Guess they were not running web hosting security from SiteGround 😉 Looks like the site is back up and running, but for how long? 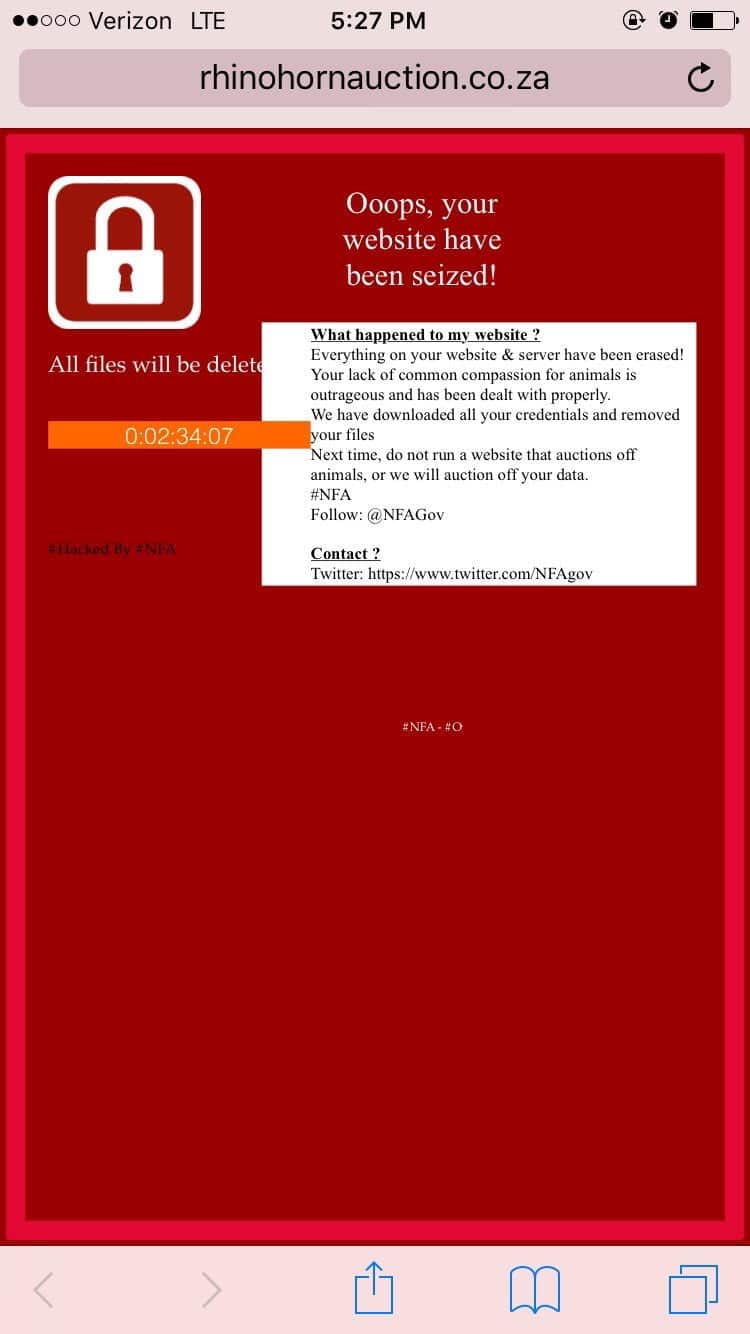 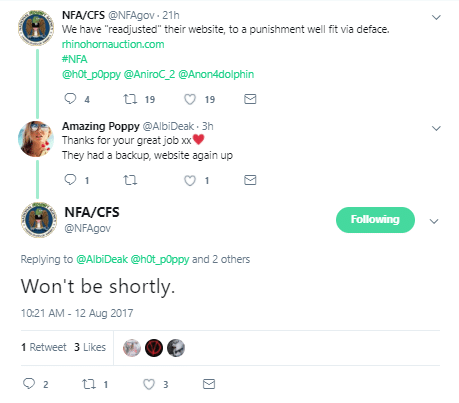