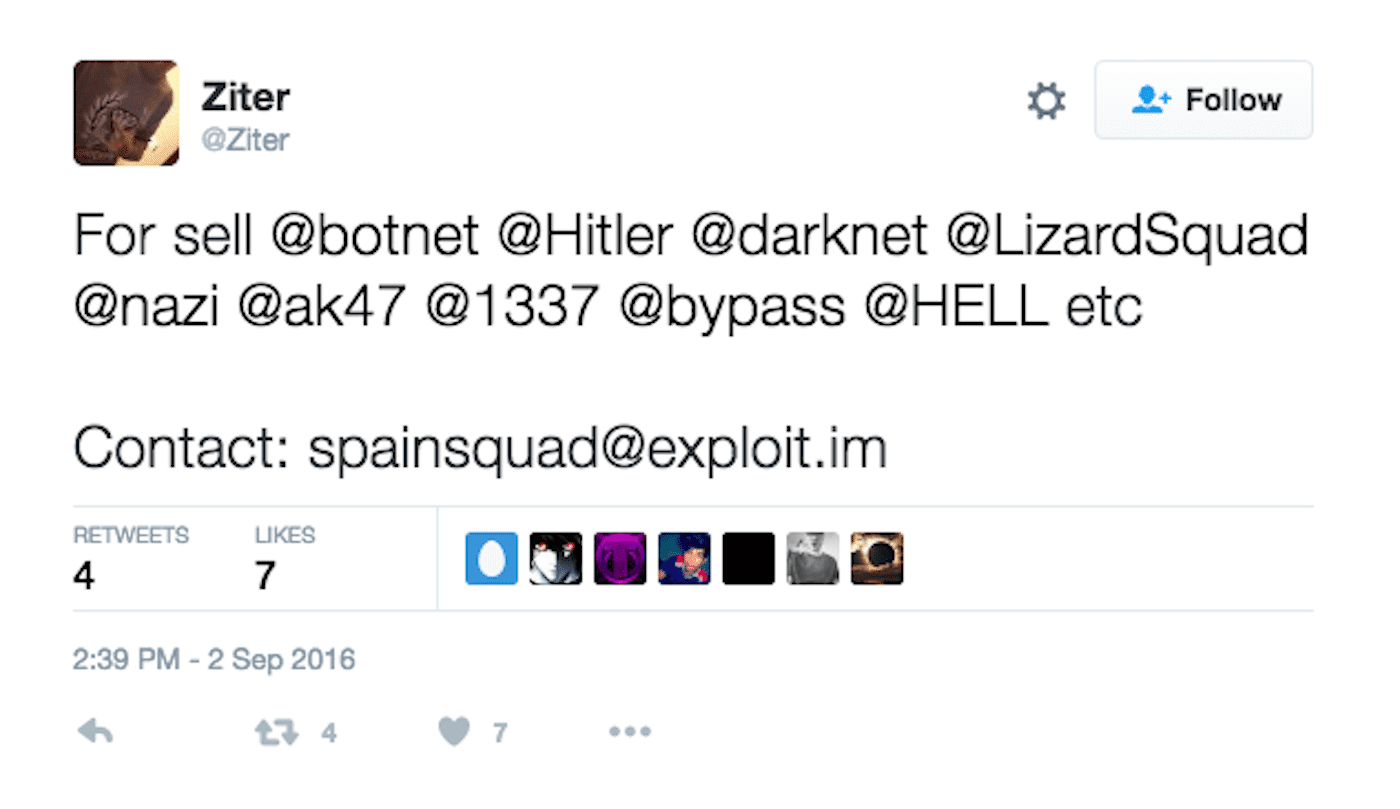 One of the hackers aligned with Spain Squad tweets about reactivated accounts.